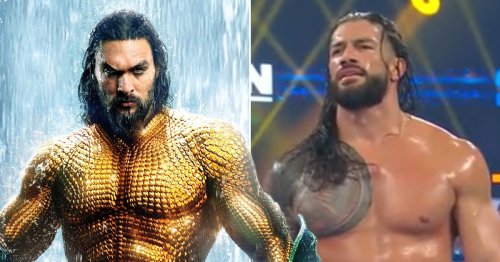 For years, Roman Reigns has been compared to Hollywood actor Jason Momoa.

However, in a video from a recent WWE live event, “The Tribal Chief” decided to poke fun at the Game of Thrones star.

A fan can be heard shouting “Roman, I loved you in Aquaman” from the turnbuckle during a tag team match in a video that has gone viral on social media.

The WWE Universal Champion turned around and sarcastically replied, “It would’ve made more money if I was in it too,” eliciting laughter from the audience.

Aquaman has the highest global box office gross of any DC Extended Universe film, with 1.148 billion dollars in ticket sales.

Only Batman v. Superman: Dawn of Justice has come close.